The white continent of Antarctica is one the last remaining untouched and pristine destinations in the world and should be on everyone’s travel list. In contrast to the Arctic which sits at sea level, Antarctica is actually a land mass surrounded by water and averages 8,000 feet in elevation, creating dramatic landscapes and seascapes. Most guests take an Antarctica safari for the unique wildlife (and let’s be honest, to notch their belt with that last continent!), but they end up falling in love with ice – the artistic myriad of shapes and colors and sizes is mesmerizing, almost like sitting and watching a campfire.

Secrets and Tips from our Experts on our Safari in Antarctica 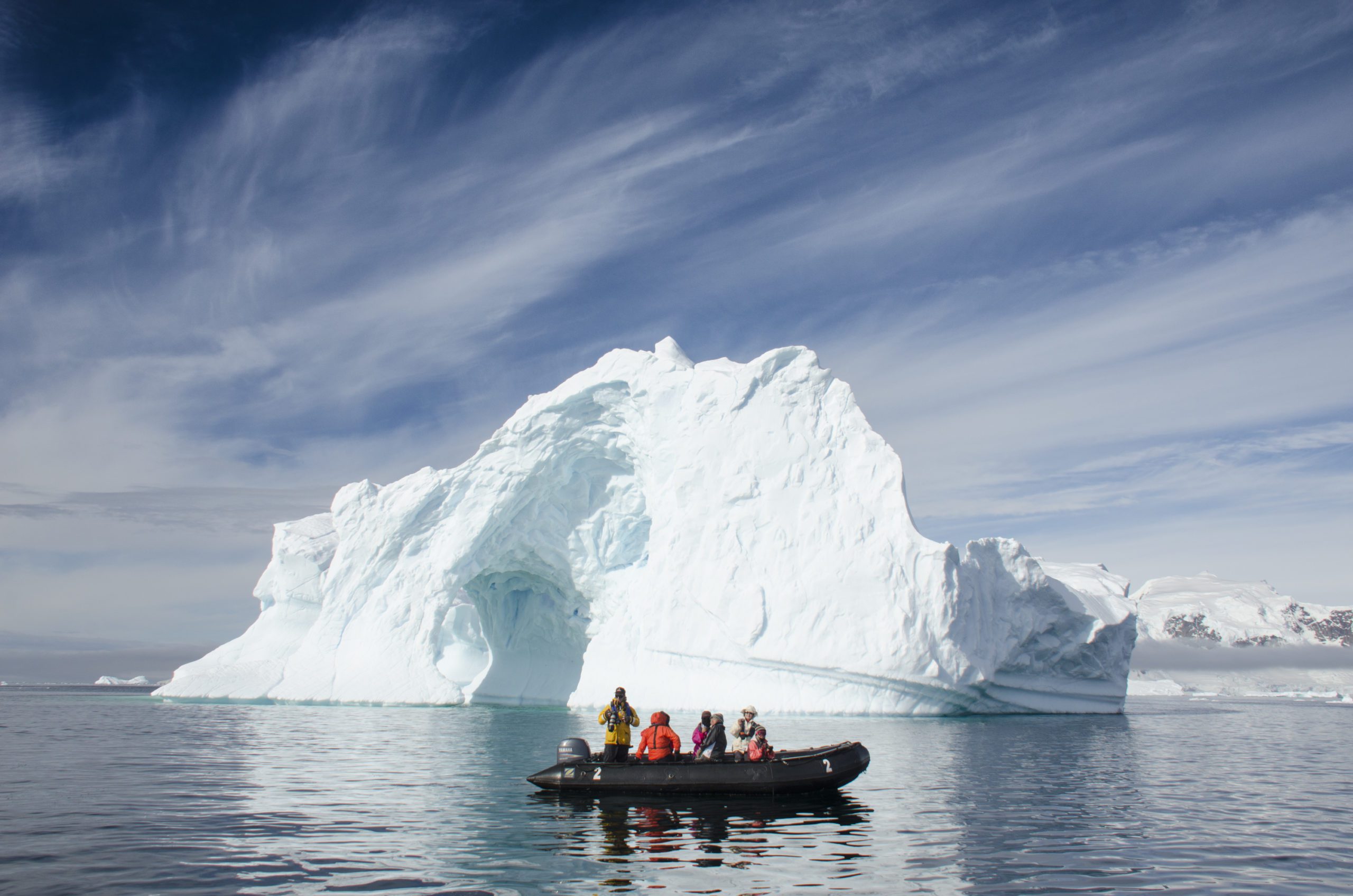 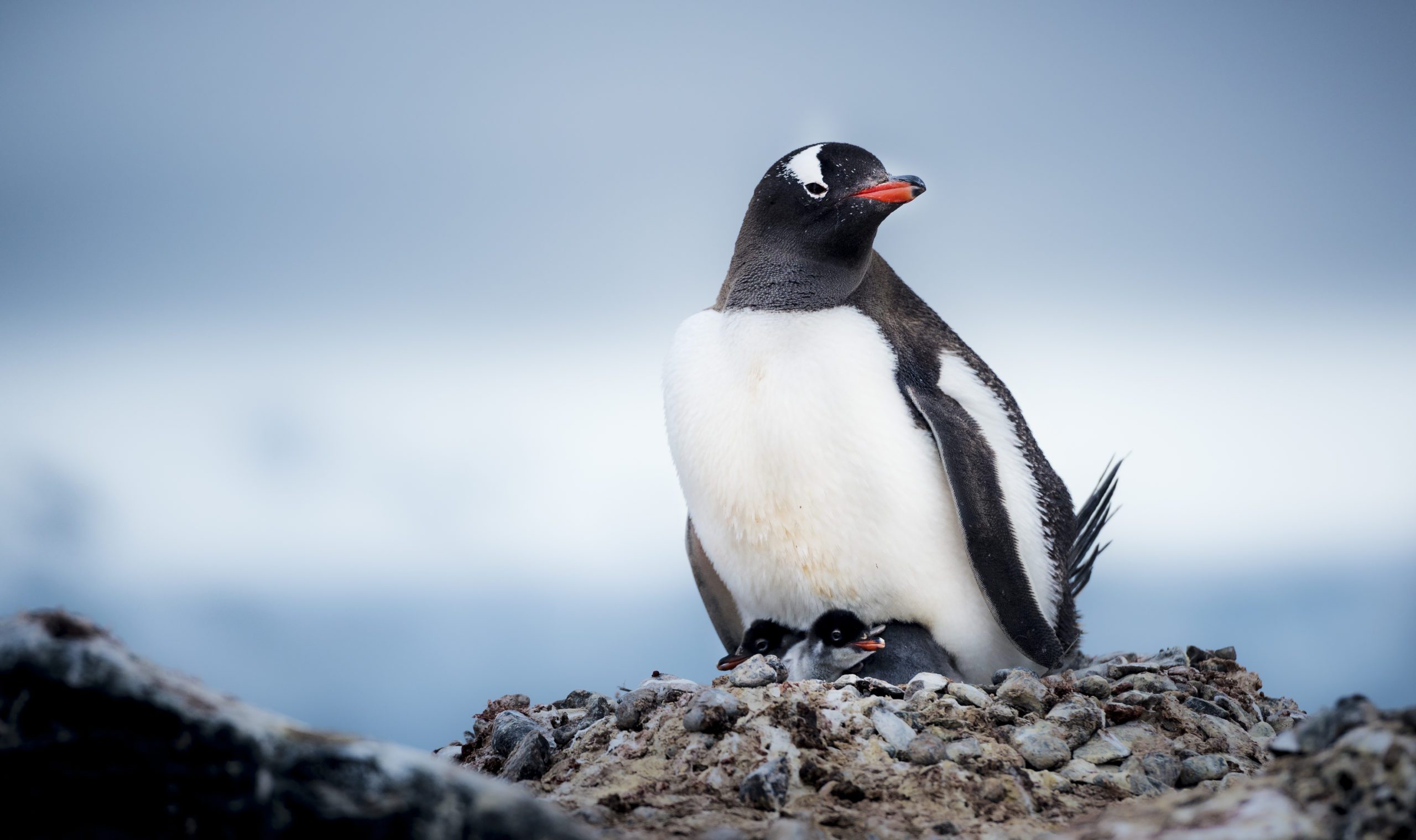 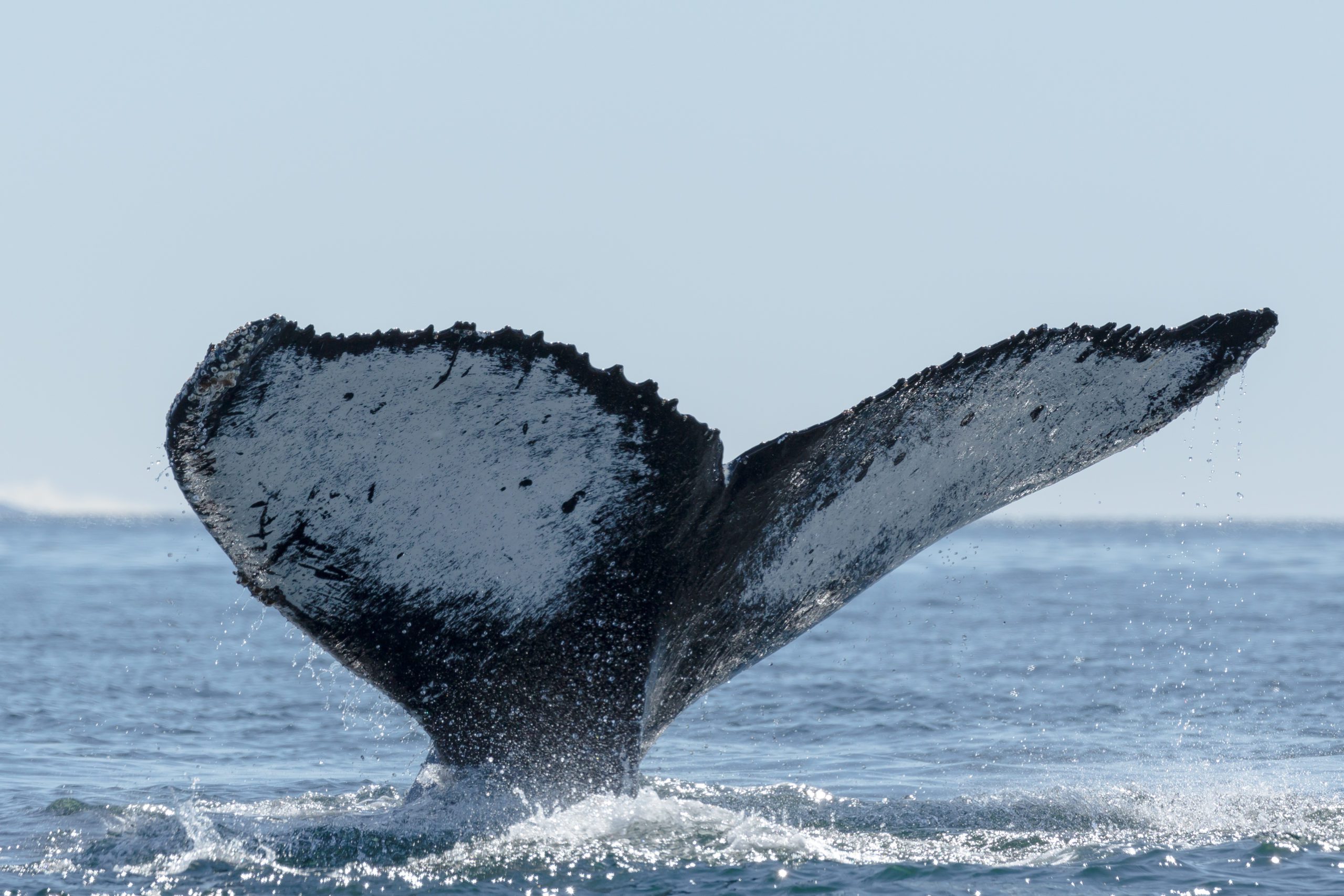 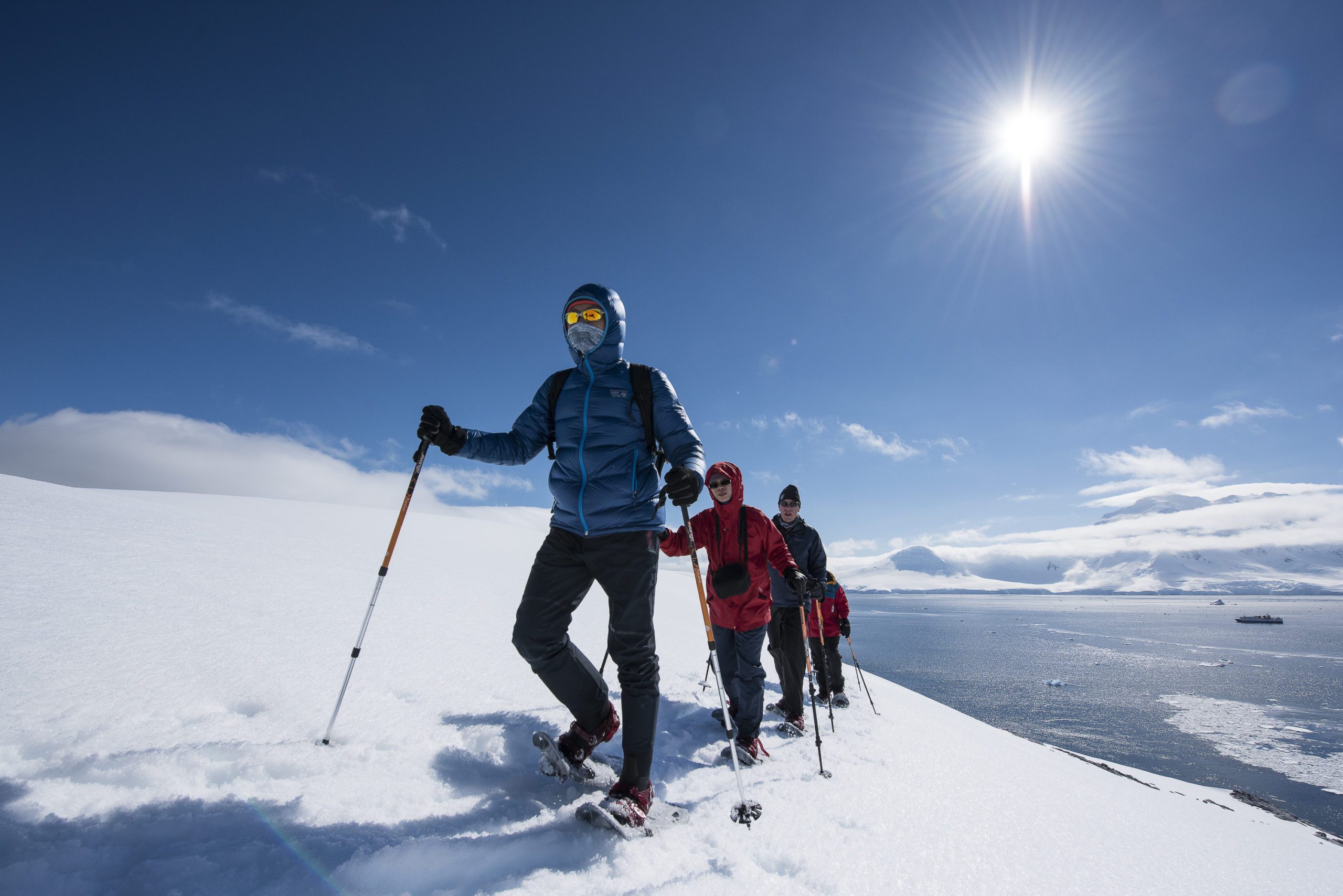 Is Antarctica the right destination for you?

When to Visit Antarctica

The season in Antarctica is short but dramatic between November and early April each year, during their austral summer. The key of when to plan your Antarctica safari is based on your priorities of what you’d like to see.

During the austral spring (October and November), you can see adult penguins performing their comical mating rituals and building rock nests; icebergs will also be at their greatest mass, ranging in colors from beautiful snow white to a sparkling aquamarine – great for photography. Spring is also best for snow activities like mountaineering, cross country skiing and snowshoeing.

Mid-season (December to early-February) offers up to 20 hours of daylight, as well as the hatching of those adorable baby chicks, especially in January to early-February. It’s also the warmest time of year (average temps of 34 degree F), although there’s no dramatic change in temperature during the entire season. Glaciers are actively calving and Circle Crossing Expeditions operate, as ships can finally access 66 degrees South.

During the end-season (mid-February through April), those baby chicks fledge and leave their nests, which offers good feeding opportunities for predators like seals and whales. The sunsets are breathtaking, as the sun finally goes back beyond the horizon for a bit, painting the sky a mosaic of colors.

How much should I budget for a trip to Antarctica?

It’s important to save up for your Antarctica safari, as entry-level expeditionary cruises start around $7,500 per person plus international flights, plus optional time in South America (Patagonia, Buenos Aires or Santiago) at the start or end of your trip. Longer cruises range between $15,000 to $27,000 per person, and even the express trips that include round trip flights to/from Antarctica average around $10,000 per person (plus international airfare). There’s also the option of flying to White Desert from Cape Town, South Africa for a day-trip starting at $14,500 per person or for a longer 5-night stay at Whichaway Camp starting at $60,000 per person.

What else should I know before planning a safari in Antarctica? 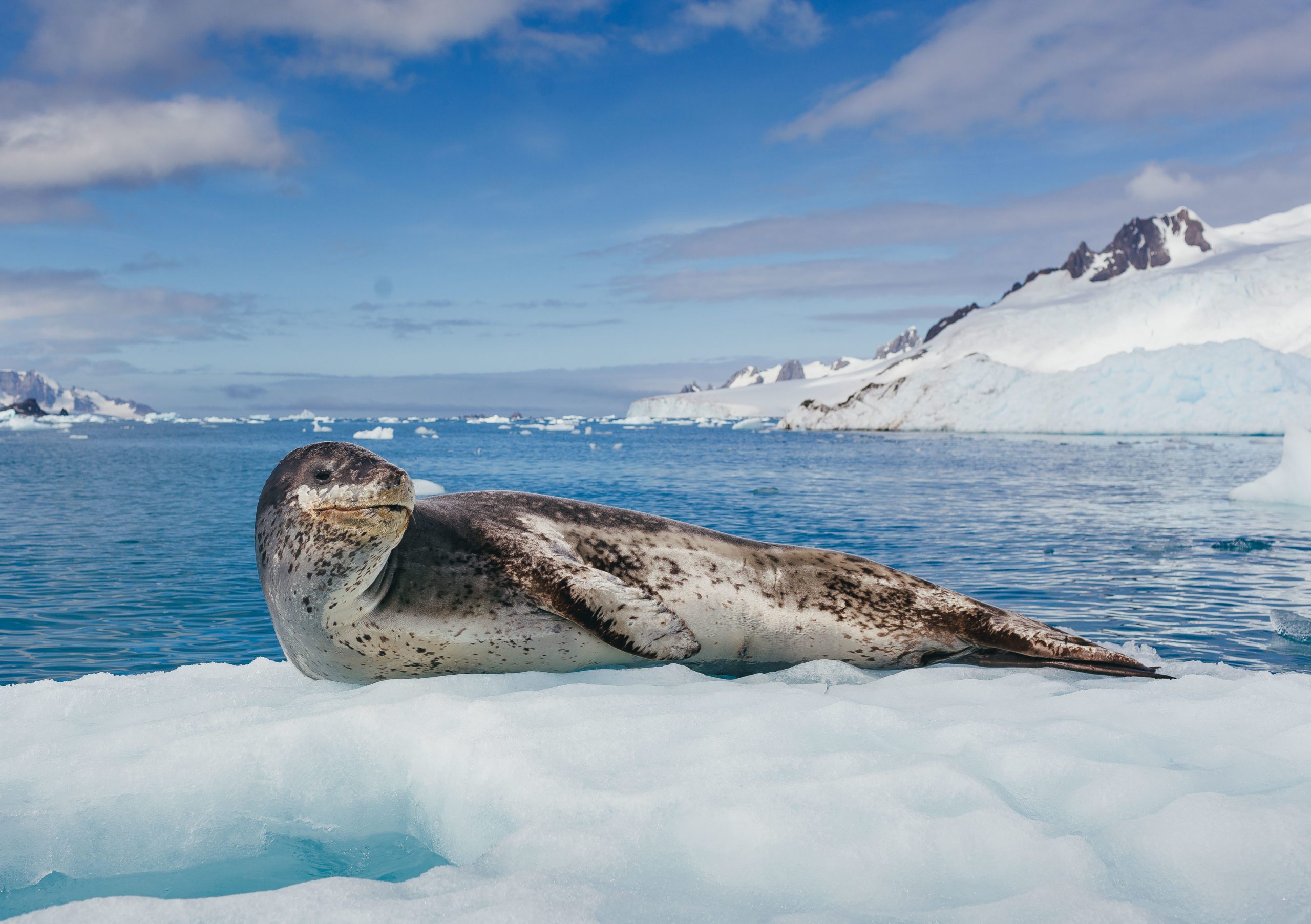 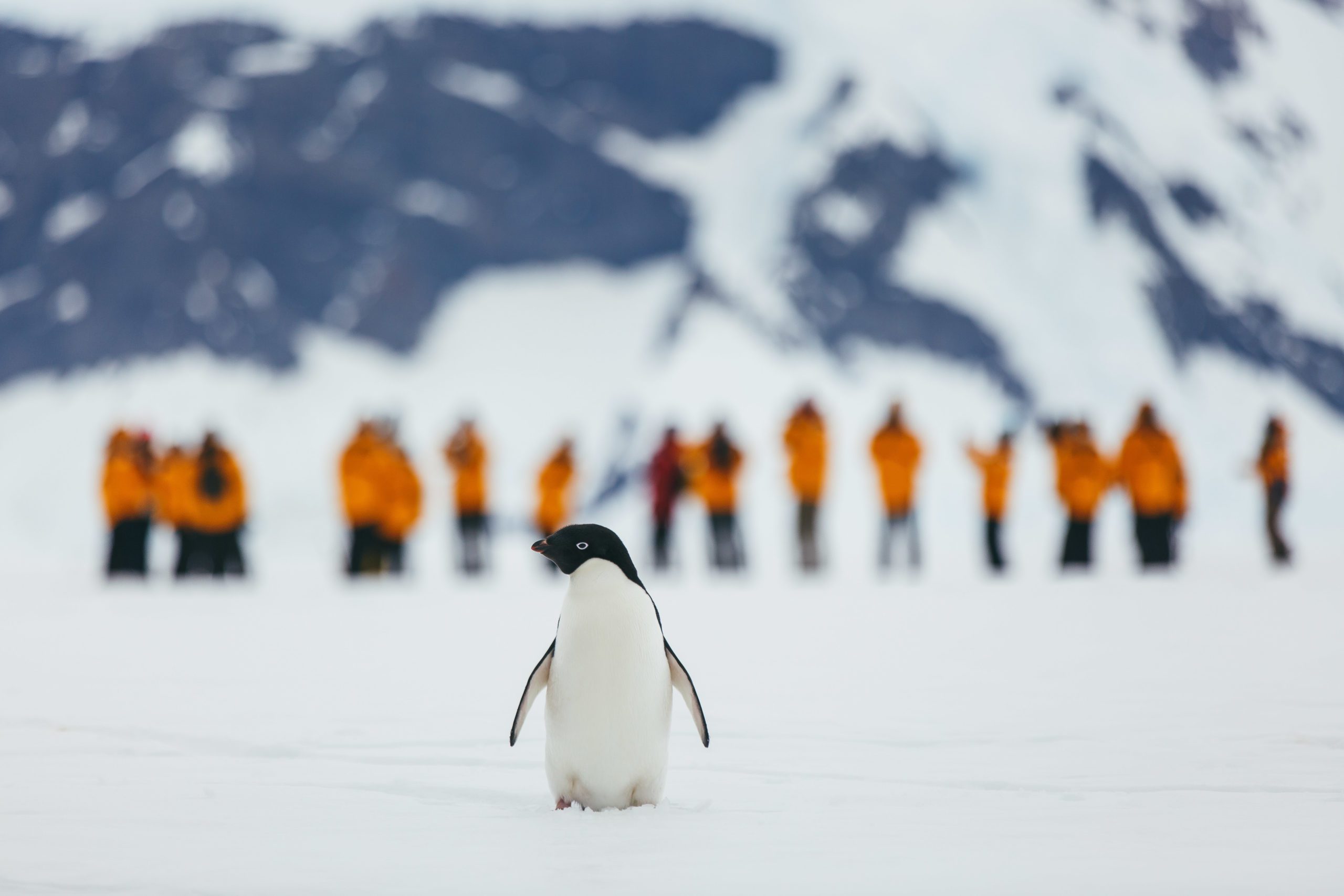 Walk with the penguins 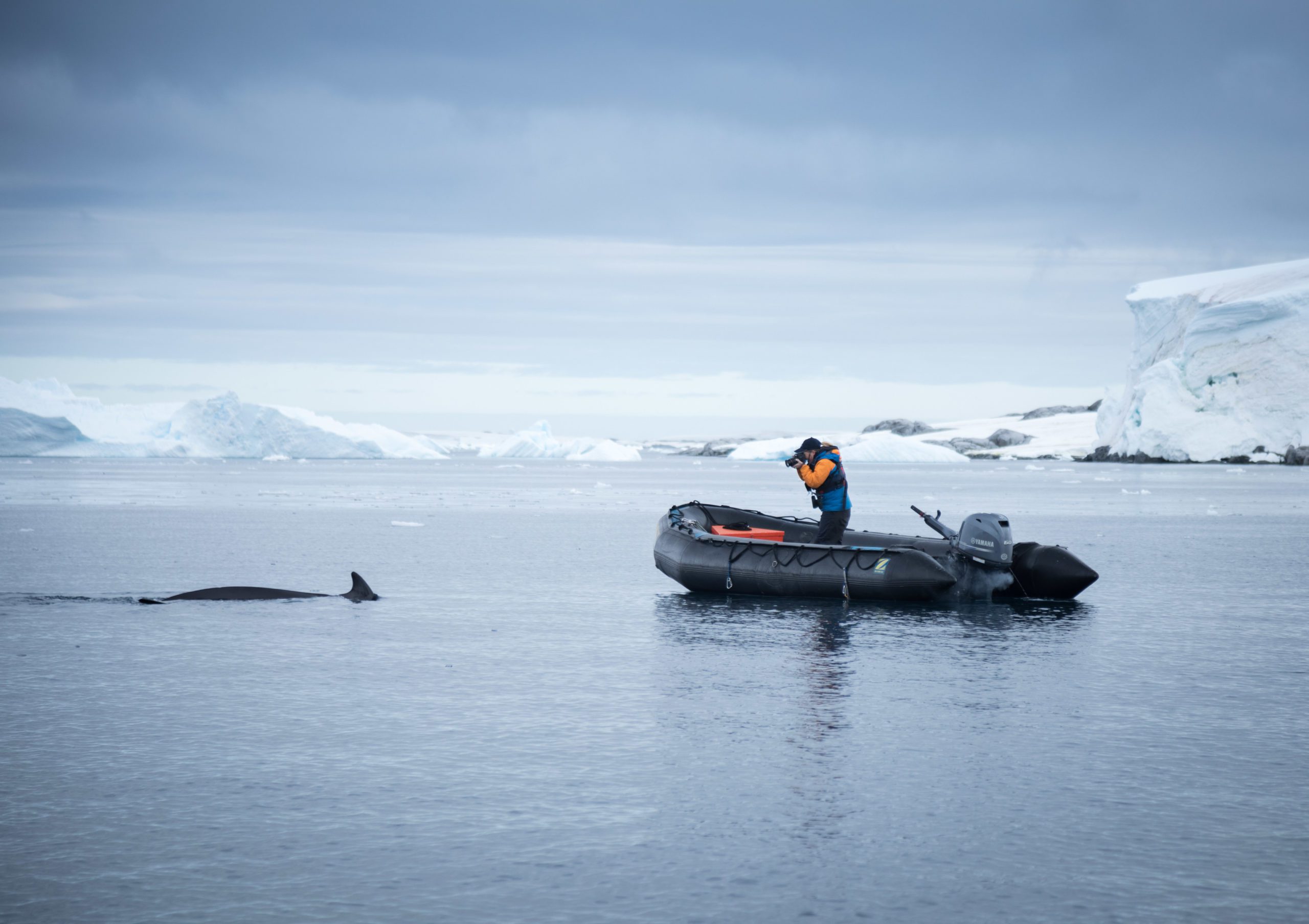 Once you’ve reached the continent, the classic way to explore Antarctica is in zodiac boats where you cruise between bergy bits and observe the wildlife up-close and personal, similar to a 4×4 safari vehicle in Africa. These zodiacs make ‘landings’ where you can get out and hike, walk or just sit and observe in hopes that a curious penguin might waddle over to say hello.

For the more adventurous, there are certain cruises which offer kayaking, SUP boarding, snowshoeing, mountaineering, and cross country skiing. Some ships have twin-engine helicopters onboard which offer flight-seeing tours, exclusive heli-landings and alpine heli-hiking.

On a trip with White Desert Antarctica, you can customize your own outdoor activities with professional polar explorers as your guides. For a lighter adventure, enjoy gentle treks, an ice lake traverse, fat-tire biking on the snow, and visits to the ice tunnels. For the adrenaline junkies, you can go kite-skiing, ice climbing, rock climbing, rope walking along cliffs and more.

Wildlife you will you see on safari in Antartica

Antarctica and its nearby islands are home to 8 different penguin species – the flagship animal of the region. The largest of them, the Emperor penguin, can only be seen on Snow Hill in the Weddell Sea, and next in line, the King penguin can best be seen on South Georgia. You also have the chance to see a variety of seals, including the Weddell seals, elephant seals, leopard seals (the top predator); a variety of whales, including Orca, Minke and Humpback whales; as well as a variety of impressive bird species, including the wandering albatross (largest bird in the region) and the Arctic tern which migrates across the globe between the two poles!

Let us help you plan a bespoke trip of a lifetime for you.