Why Are Walking Safaris So Satisfying?, How often do you stop to think that the long journey leading to the emergence of humanity began with upright posture and putting one foot in front of another and another and another? (Like most of us, your answer is probably “almost never.”) Walking, striding, running, scampering (the tango came later)—all these forms of locomotion began several million years ago on the savannas of East Africa, which may be why a guided walking safari through that same landscape is so deeply satisfying.

At Extraordinary Journeys we love to arrange vehicle-assisted safari itineraries that place people in proximity to Africa’s endlessly fascinating wildlife by means of combi, 4X4, even by airplane. But why not return to their bipedal roots, Heres Why Walking Safaris So Satisfying? 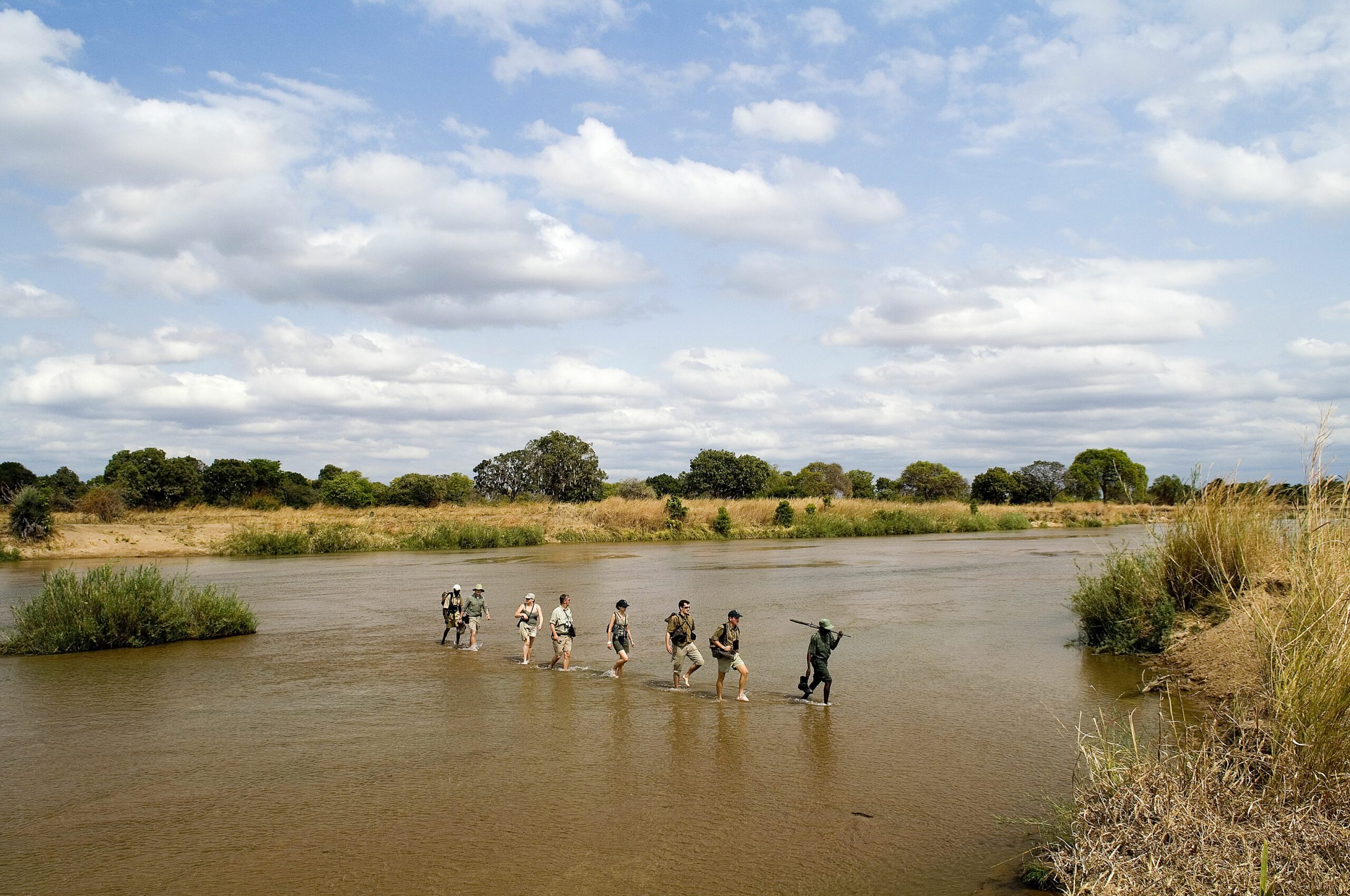 Some of our favorite safari camps and lodges offer a once-daily guided bush walk as an alternative to a game drive. But for those whose wish list includes a more extensive self-propelled encounter with African habitats at ground level, then Robin Pope’s 5-day walking safari through Zambia’s South Luangwa National Park is for you. Winner of The Good Safari Guide’s “2010 Best Safari Guiding Team,” Robin and his associates will take care of everything.

That feeling of freedom you came looking for is suddenly there when, after an early morning breakfast, you leave everything behind except your camera and binoculars and just set out. A morning’s walk may take you through open plains and foothills where you will see grazing antelope, unusual birds, and maybe even sleeping lions. More than once you may take off your shoes and splash through the refreshing water of the shallow, winding Mupamadzi River, all the while learning about the landscape you are moving through.

In the intensity and excitement of your trek you won’t have noticed that you need refreshment until you arrive at a clearing and—voilà!—are offered your beverage of choice and a tasty, restorative lunch. After the lovely picnic, followed by rest, there’s another trek that ends before sundown at a mobile camp site, where you find all your gear set up in the comfortable tent you had left behind that morning. You might wonder whether teleportation is involved, but it’s actually the work of Robin’s capable transfer team.

After a shower and a splendid dinner, you will retire with the feeling that all of your senses have been activated. You’ve become aware of fascinating details like birds’ nests, unseen from a vehicle, you’ve begun to differentiate the many smells of the bush, your feet have felt the texture and pitch of the earth, you have touched bark and leaf. We guarantee that you will sleep soundly.

We’ll be in touch again soon. In the meantime, celebrate your feet and where they can take you.