Here is an amazing story of a chimp encounter from the staff at Greystoke Mahale a lodge near Lake Tanganyika and the Mahale Mountains which these chimps call home.

“Mirror mirror on the wall…”

Everybody knows the popular sentence of this enticing fairy tale. It was the first that came to our mind when we accidently witnessed this chimpanzee (Michio) looking into the mirror. I have to say he took mirror watching to a new level…

As a big group of chimpanzees came rather unexpectely through camp, hair clipping of our head chef was abruptly halted when Michio saw the mirror. Walking towards it he screamed when he saw himself – doubting who it was. As he came closer he inspected the mirror, pulled faces and kissed the mirror. Puzzled as he still was, he put his left arm around the wall straight into the chefs room and felt behind the mirror to see if any chimpanzee was present. 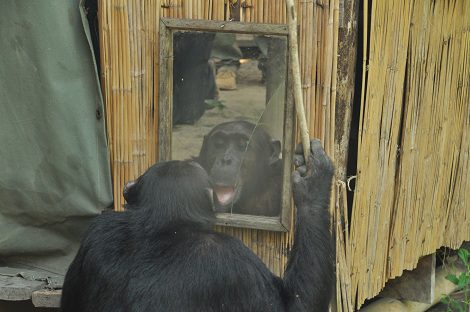 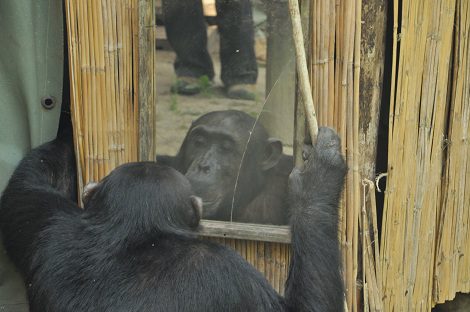 Lucky we were to had our camera on us!!

Another few looks in the mirror and Michio decided to do a more thorough inspection on the other side of the chefs room. Basically pulling apart the wall and sticking half his body through he inspected another time. He then looked puzzled again, walked away for a couple of meters – and although not on picture – he carefully checked underneath the building to see if any chimpanzee feet were present!! 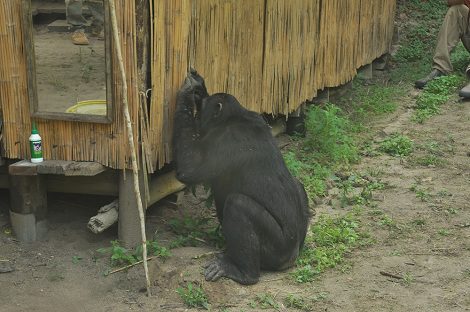 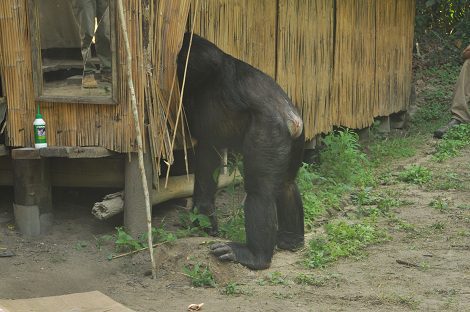 Absolutely one of the best and most hilarious moments they had with these great apes at Greystoke and one of the best chimp stories we here at Extraordinary Journeys have heard in a while!

Greystoke Mahale itself is a property well worth a visit. On a far-flung beach along the eastern shores of Lake Tanganyika , below a huge tropical forest, is the tiny sanctuary of Greystoke Mahale. The forested slopes of the Mahale Mountains that rise behind the camp are home to the world’s largest known population of chimpanzees, with approximately 1000 individuals inhabiting the national park. 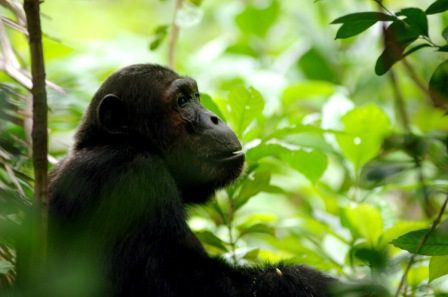 As you approach Greystoke Mahale by dhow, the outline of the camp is visible against a backdrop of deep green forest and pale beach.Greystoke Mahale 6 exotic, open-fronted, wooden bandas are set just on the forest line and look out across the soft sand beach and the lake. Their interiors fashioned from old seasoned dhow timber and decorated with style and panache. Each banda has its own dressing room, upper chill-out deck and bathrooms set close behind, with flushing toilets, powerful showers with hot & cold running water. Common areas include a large dining area with library & bar and a second separate bar area on a headland overlooking the lake. 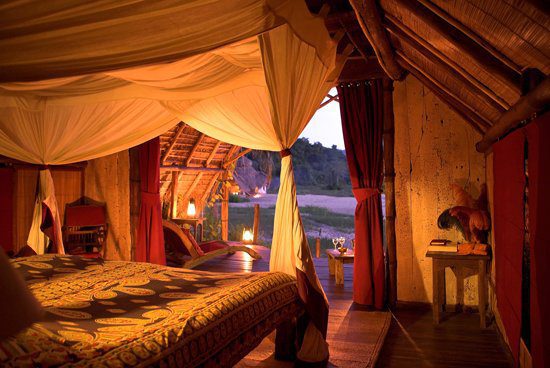 Central to your stay at Greystoke is a visit to the chimps.A trek through the rainforest takes you to Mahale’s chimpanzees. Tracking the primates is all part of the experience of observing the nine species of primate, of which the endangered chimpanzee is the most famous. From supporting research projects to encouraging awareness about the endangered primates, Greystoke has been instrumental in the protection of the area’s chimpanzees. Sixty chimps live in the mountains close to camp, and have become habituated to human presence over two decades of contact. Guests can venture out into the forest, to observe and commune with them as they groom and wrestle and forage across the forest floor. There is also the opportunity to observe leopard, bushbuck, bushpig, and a multitude of birds and butterflies as well as the 8 other species of primates that live in the forest. Chimp visits are limited to 2 per room. A maximum of 6 people at a time can trek the chimps and viewing lasts for one house per group. All visitors must be a minimum of 10 meters from the chimps and any clients showing symptoms of contagious diesease will not be allowed into the forest. 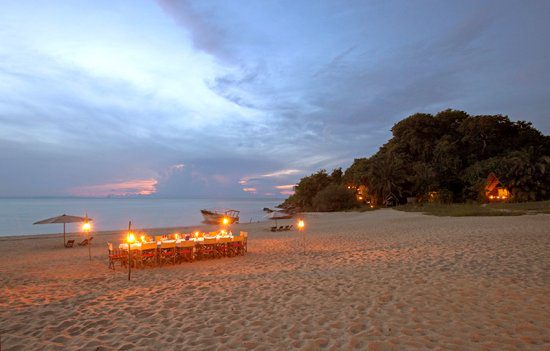 Greystoke also offers a host of that combine the best of beach and forest, activity and relaxation. Hike the forest paths looking for birds and butterflies. Swim in ice-cold pools up in the mountain waterfalls, take a kayak out for a dawn paddle towards the middle of the lake; drink your morning coffee there and enjoy the sunrise coming up over the mountains.Go for sun-downers on the old wooden dhow, lazily following the shoreline and stopping to fish along the way, or just relax on the warm sands of the beach with a drink in hand.