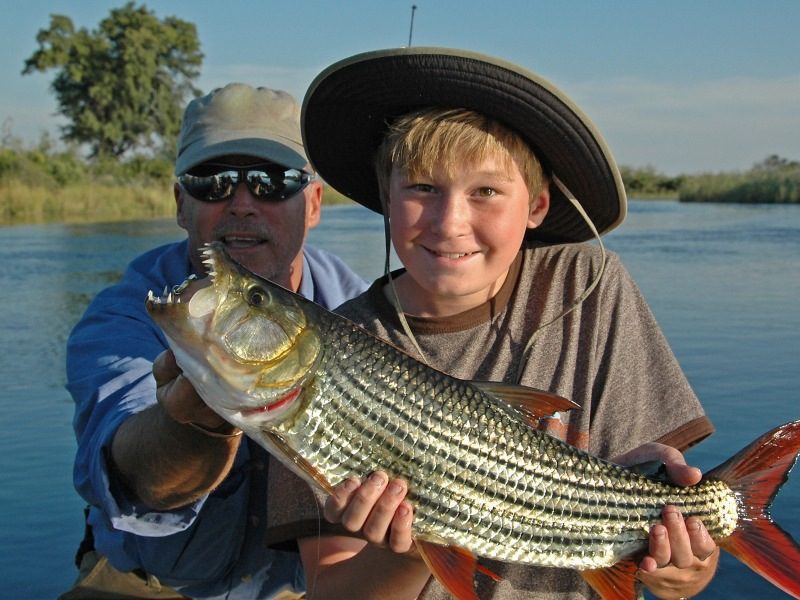 EJ Africa wants to talk cats. You know that we specialize in African safaris that bring you up close to the four-legged kind that roar and live in prides. Now we offer an adventure that features an aquatic feline, so to speak, that’s just as fierce and predatory as Panthera leo.

We’re talking about the African tiger fish, an agile, wily, and sometimes enormous resident of the wildest and most pristine wilderness areas in places like Botswana’s Okavango Delta and the Mnyera and Ruhudji Rivers in Tanzania. Sought after by fly fishermen as the most exciting freshwater game fish that can be pursued with rod and fly, the tiger fish challenges human limits of skill and endurance with a payoff that is over-the-top exciting.

EJ Africa partners with Tourette Fishing, whose guides know exactly when and where to take very small groups for the angling experience of a lifetime. For instance, in the Okavango Delta, a food pyramid begins to build from September to November of each year. Schools of catfish frantically prey on the prolific baitfish lurking in the riverbanks (this incredible spectacle is called the Catfish Run). Not far behind are the tiger fish with their voracious appetites and massive open jaws. Only very recently have a few fortunate humans, with their rods and reels, taken their place as the top predator in the chain. (Actually, Tourette Fishing practices a sustainable catch-and-release policy, but the thrill is in the catch, and you’ll have photographs to prove your world-class fly and spin skills.) 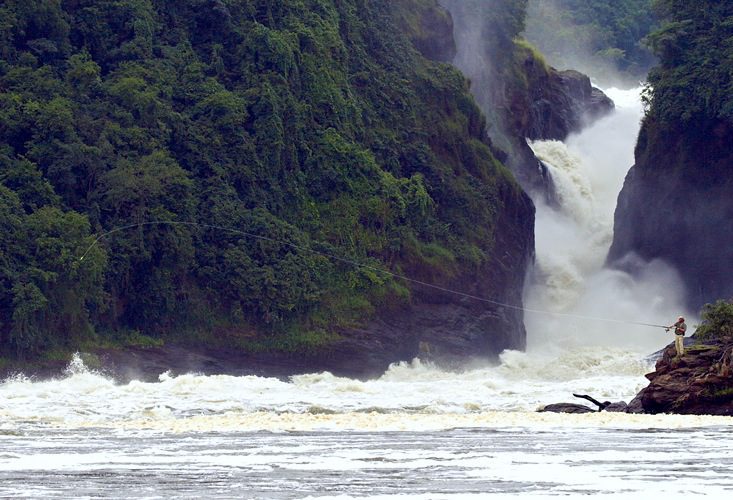 For the angler dreaming of a mano-a-mano tussle with a whopping 20-pound trophy tiger fish, the frontier of this intense sport can only be found in recently discovered sections of the Mnyera and Ruhudji River systems in Tanzania. To get an idea of the abundance of these gigantic fish, and what such a struggle entails, picture going the distance with the biggest of Christmas turkeys, and being able to do so several times every day. Awesome!

Whether you say “fin” or “fini” after an exhausting day on the river, be assured that you will retire to a luxurious tented camp, a delicious meal, and the deepest kind of sleep that only tiger fish angling can bestow. Get in touch with us and let us make these very special dreams come true.