We all need to take a break from work. Lucky me, my work just so happens to involve travel – travel to Zambia and Malawi – two of my favorite (and underrated) destinations. Here, I was able to relax and unwind in real wilderness.

While Victoria Falls isn’t necessarily the most “remote” destination, it’s a main attraction for travelers and this was technically a work trip. That being said, the beauty of the falls never fails to amaze. It’s the perfect starting point for travelers, with lodges that offer more creature comforts than the traditional safari camp. Speaking of, my first night at Tongabezi Lodge was exceptional. First, a sunset river cruise with starlit dinner, followed by a bubble bath with sparkling wine. This level of care and attention reenergizes a traveler after a long journey and jumpstarts relaxation for adventures to come. 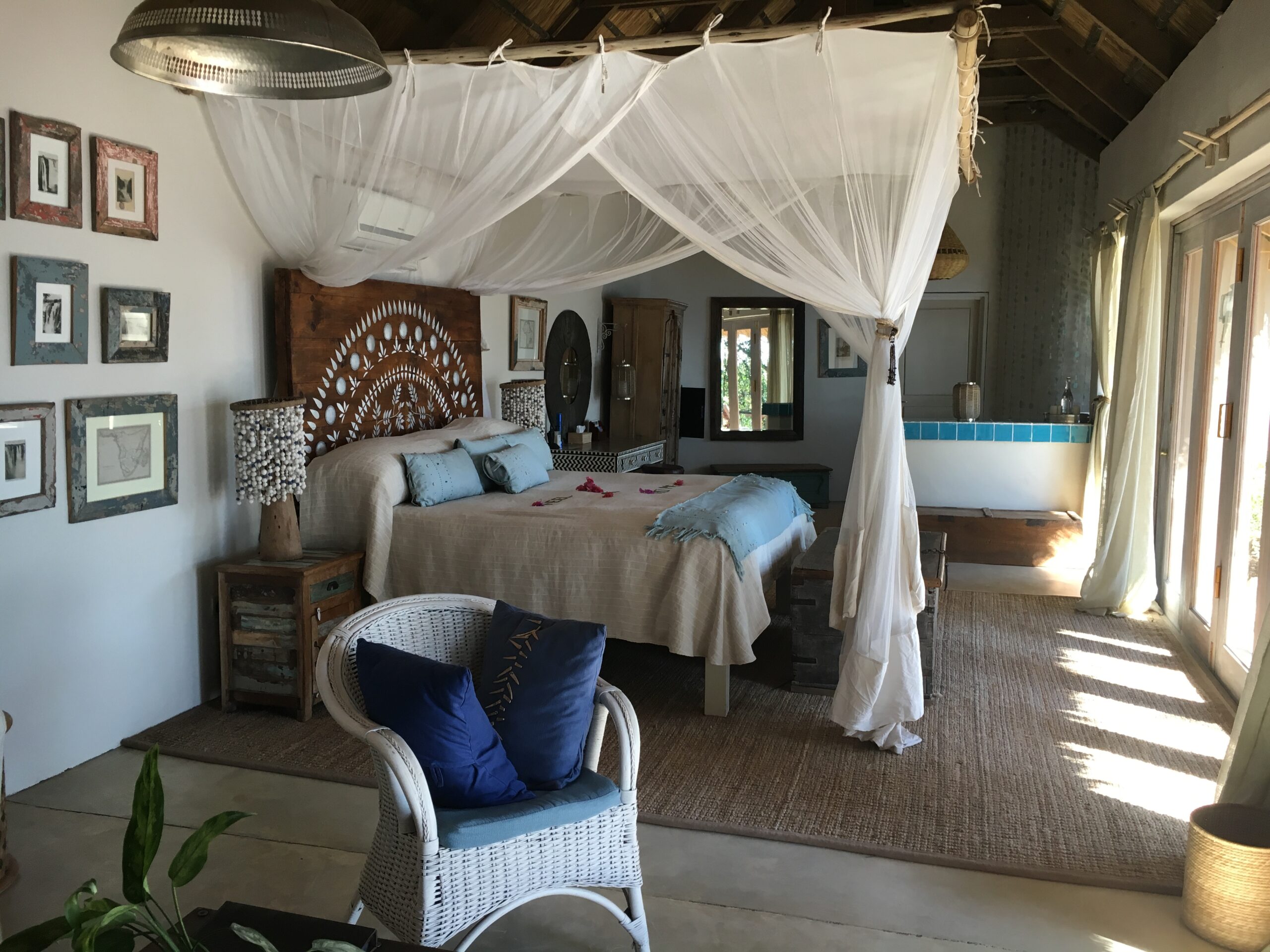 Here, one of my favorite activities was visiting Livingstone Island. The guide led us to the edge of the falls, where rainbows can be seen against the spray. It was literally a breathtaking experience. Learning about the history of the island, where David Livingstone first saw Victoria Falls and name it for the Queen, furthered my understanding of this magical place. 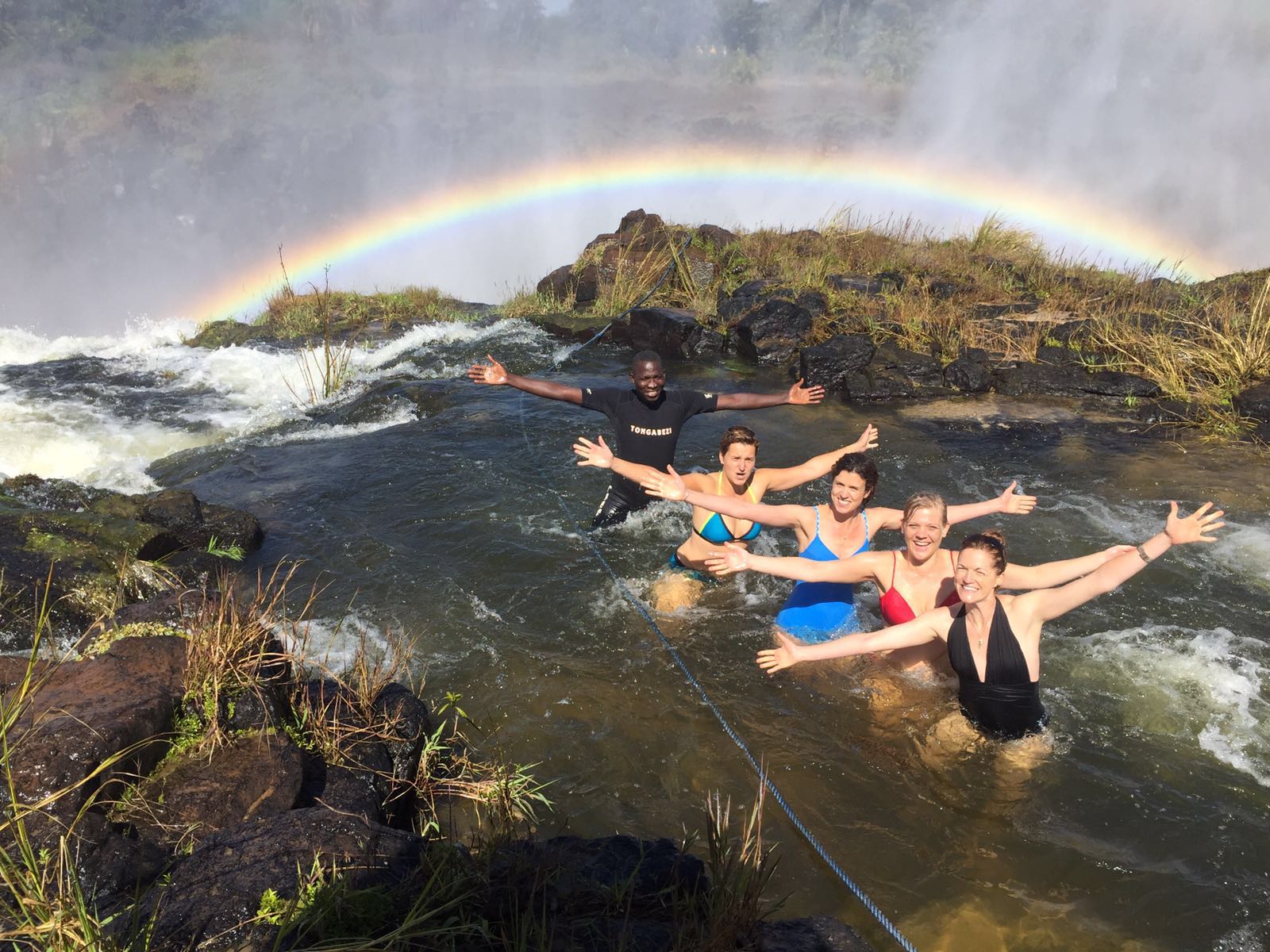 Then, I spent one night “off the beaten path” at Sindabezi, which consists of five tents, with no Wi-Fi, removed from the “hustle and bustle” of Livingstone. Here, there’s more wildlife to experience as the lodge is close to the national park on the Zimbabwean side. Dine al fresco at this riverside camp, while choruses of birds serenade you. The rustling of giraffes, hippos and crocodiles add a different note to the melody.

The Lower Zambezi, near Zambia’s southern border, is, to this day, a relatively undeveloped park. For example, one game drive we spotted a pregnant leopard and NO vehicles in sight. On another outing, we encountered a pair of lions with six-week old cubs (and again, no other vehicles in sight). This remoteness is the beauty of the Lower Zambezi, and Zambia broadly. With few visitors to the country, you wind up with incredible game viewing opportunities with unparalleled privacy. 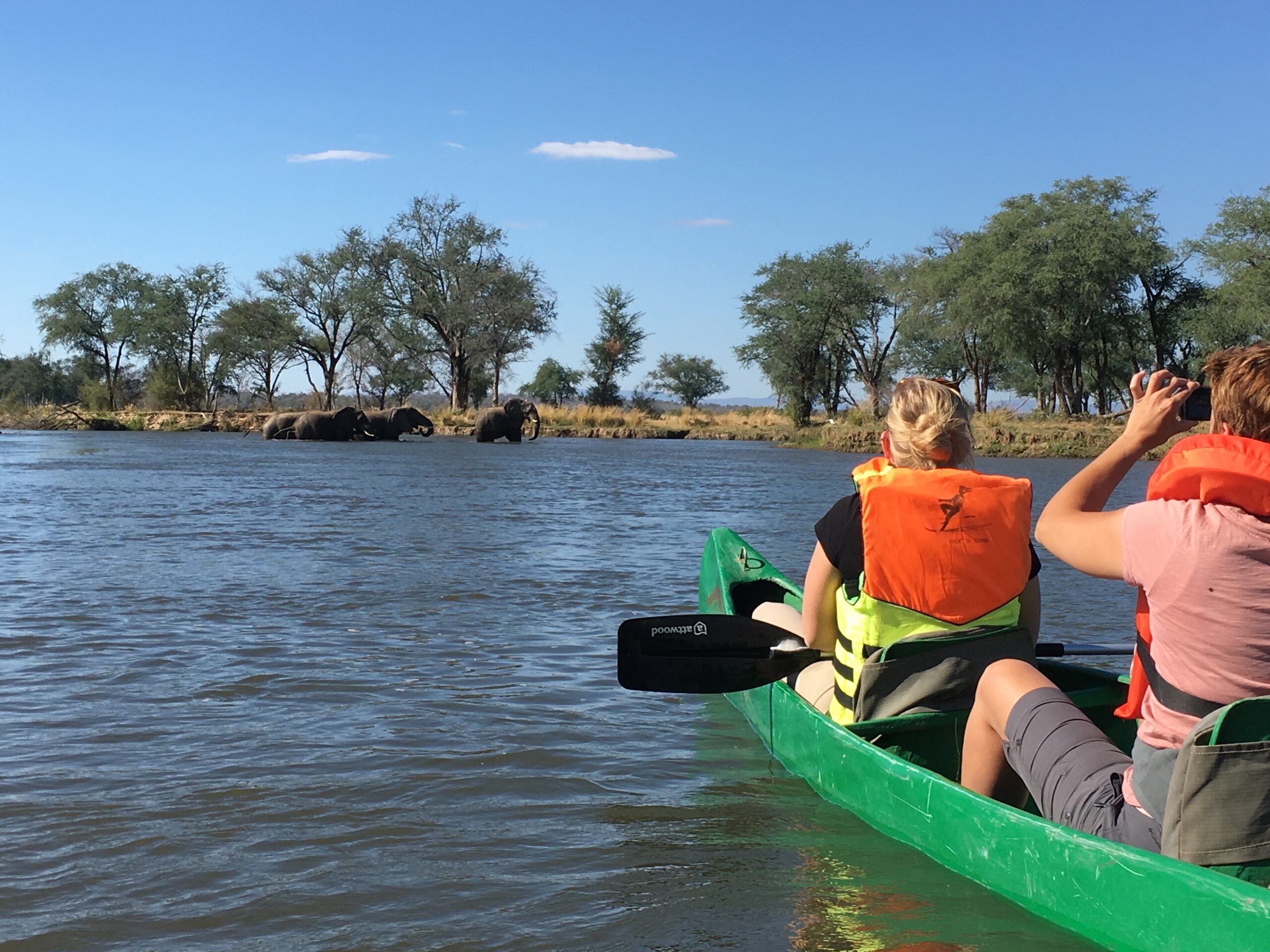 The days are a whirlwind of activities but the Zambezi River and its many channels remain a highlight of the trip. The river made a total water junkie out of me. I canoed for hours down the river and between camps. It’s actually quite relaxing and (thankfully) doesn’t require too much skill. On the water, we encountered hippos, zebra and BIG crocodiles basking in the sun. Elephants crossed the river in front of the boat and it sounded like rapids as they moved through the water. One day, we went tiger fishing and it just so happened that I caught a 12 lb. tiger fish!! Not to brag but it was so big and unwieldy that I even needed help holding onto it. As a complete novice, I couldn’t believe my luck. It was the highlight of the trip for me (not to mention the bragging rights at camp). 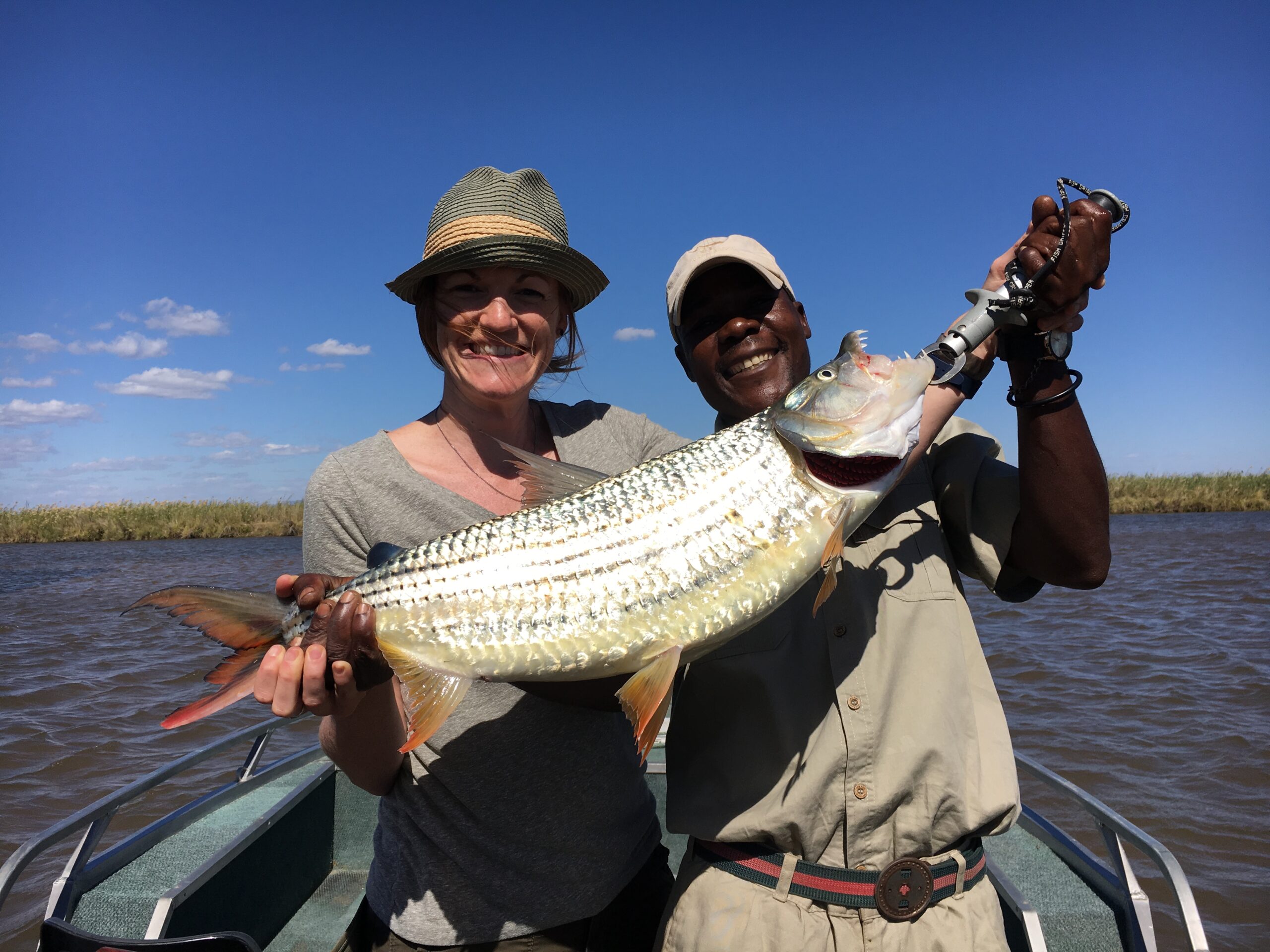 I always recommend a minimum of three nights in the Lower Zambezi but four is even better. Unfortunately, since it was a work trip, I continued on at a brisker pace than I would have preferred.

South Luangwa National Park has been dubbed one of the greatest wildlife sanctuaries in the world. On arrival, we spotted a pack of wild dogs AND that night, while cruising through the bush, our tracker found a buffalo kill, where two lions had gorged themselves. As if that wasn’t enough, three young elephants lurked in the background with insatiable curiosity. We were amused but the lions were not. It was funny to witness great big elephants act like teenagers who were up to no good interrupt the lions’ meal. To this point, I couldn’t believe my luck – 12 lb. tiger fish, elephant crossing, wild dogs, lion cubs AND a lion kill – but that’s Zambia for you. 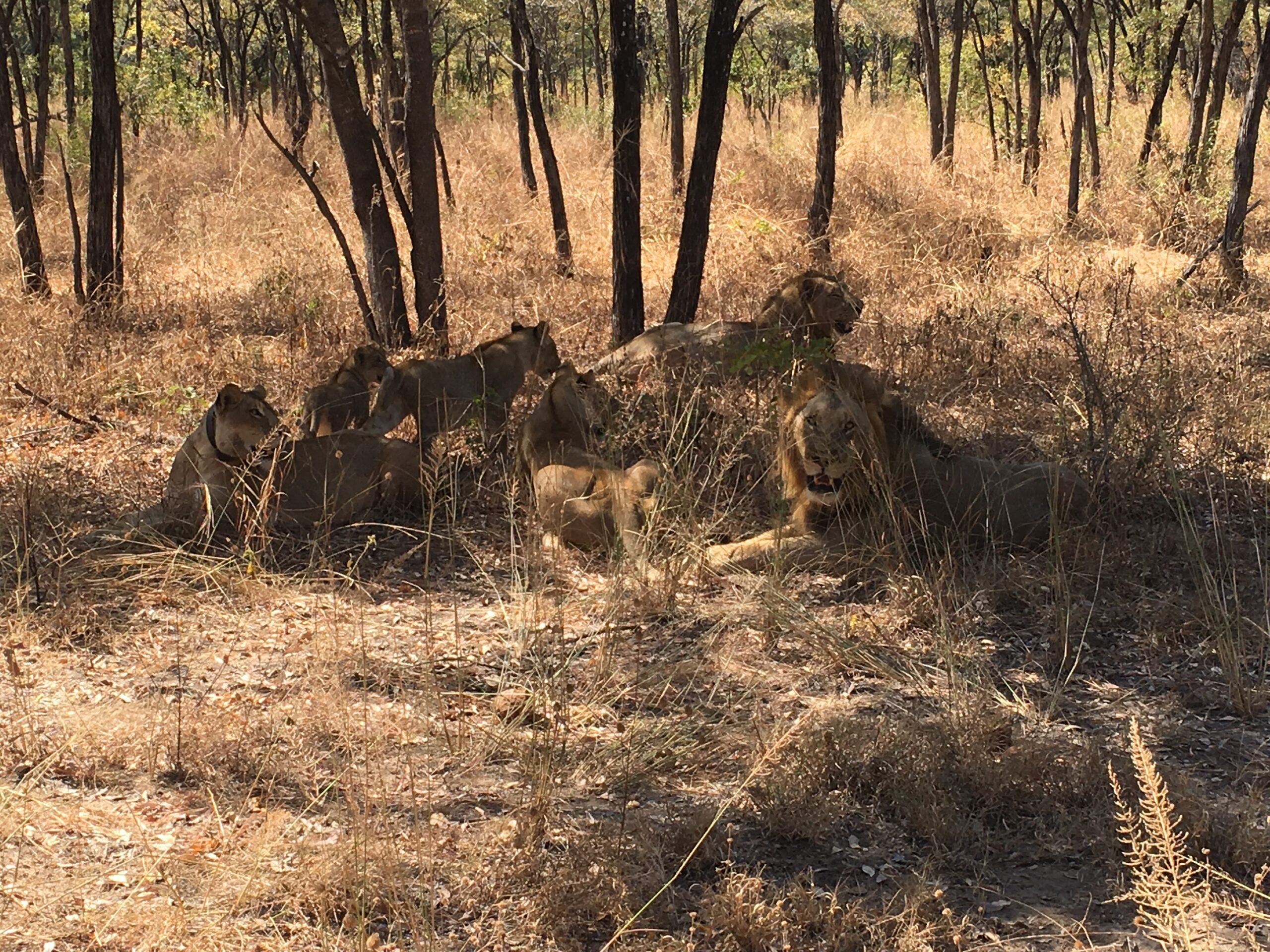 On another occasion, three male lions strolled through camp during breakfast. In hot pursuit, we scrambled to the safari vehicles with yogurt, granola and coffee in hand. It was totally exhilarating. It’s also reassuring to know that you aren’t following any prescribed routine; rather, we are taking our cues from nature and whatever happened to stroll through camp that day. 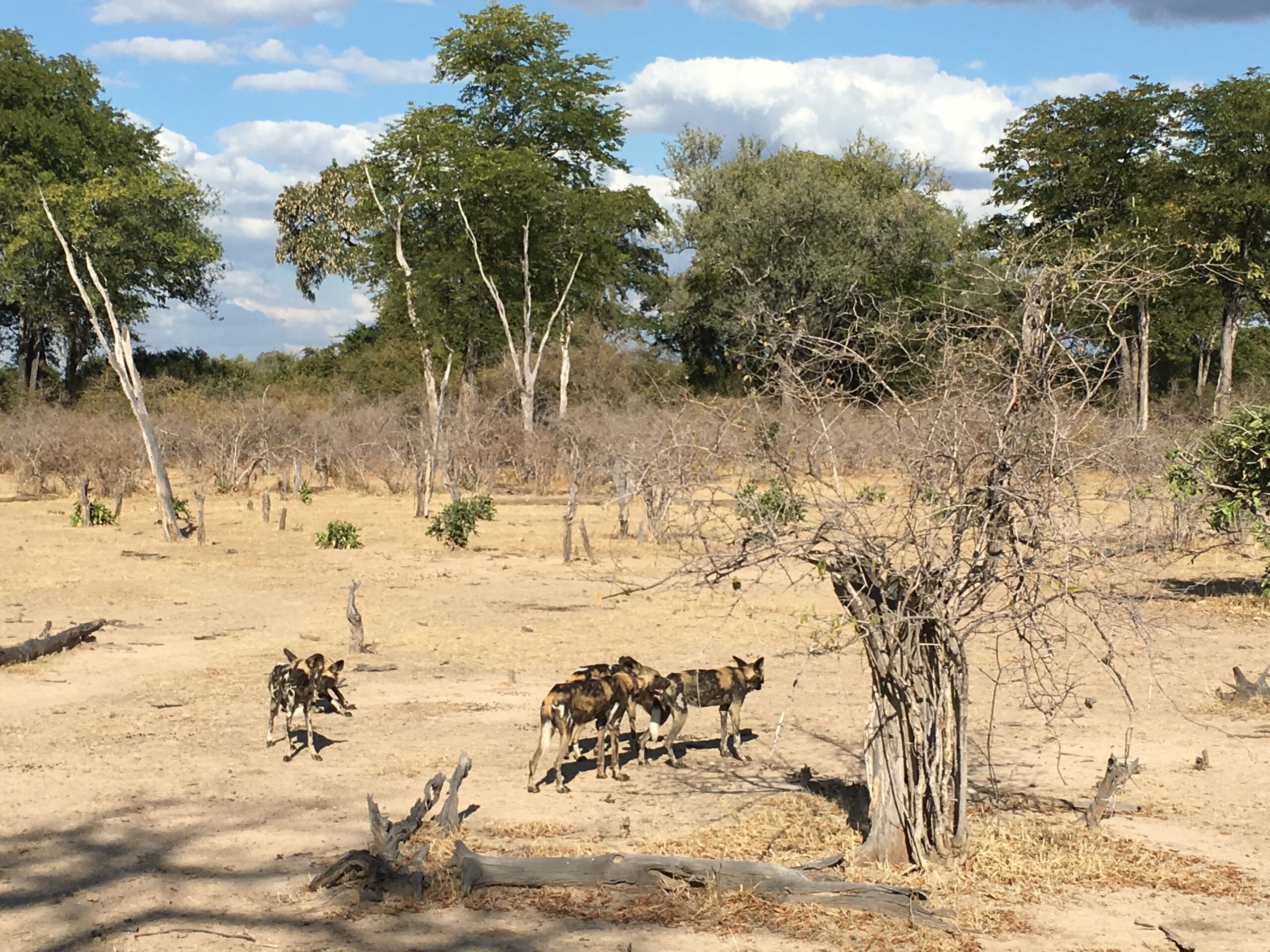 South Luangwa National Park is known for superb walking safaris. We spent entire mornings walking with our guide, following a leopard’s tracks, listening to the baboons’ alarm calls overhead, and generally, soaking in the surroundings. Walking safaris force you to slow down and learn to appreciate the intricacies of the bush. Here, the only clock you follow is Mother Nature’s. It’s a surprisingly liberating sensation. No phone, no email, no meetings, no stress, there is only you and the bush. I have never felt more refreshed than in these remote areas.

For the ultimate beach and bush experience, my last stop was Lake Malawi. Kaya Mawa is a luxury resort set on Likoma Island. Each room is uniquely designed and nestled into the landscape’s boulders and outcroppings. Plus, it’s the only resort on the island so your trip ends in uninterrupted privacy. Sense a theme? 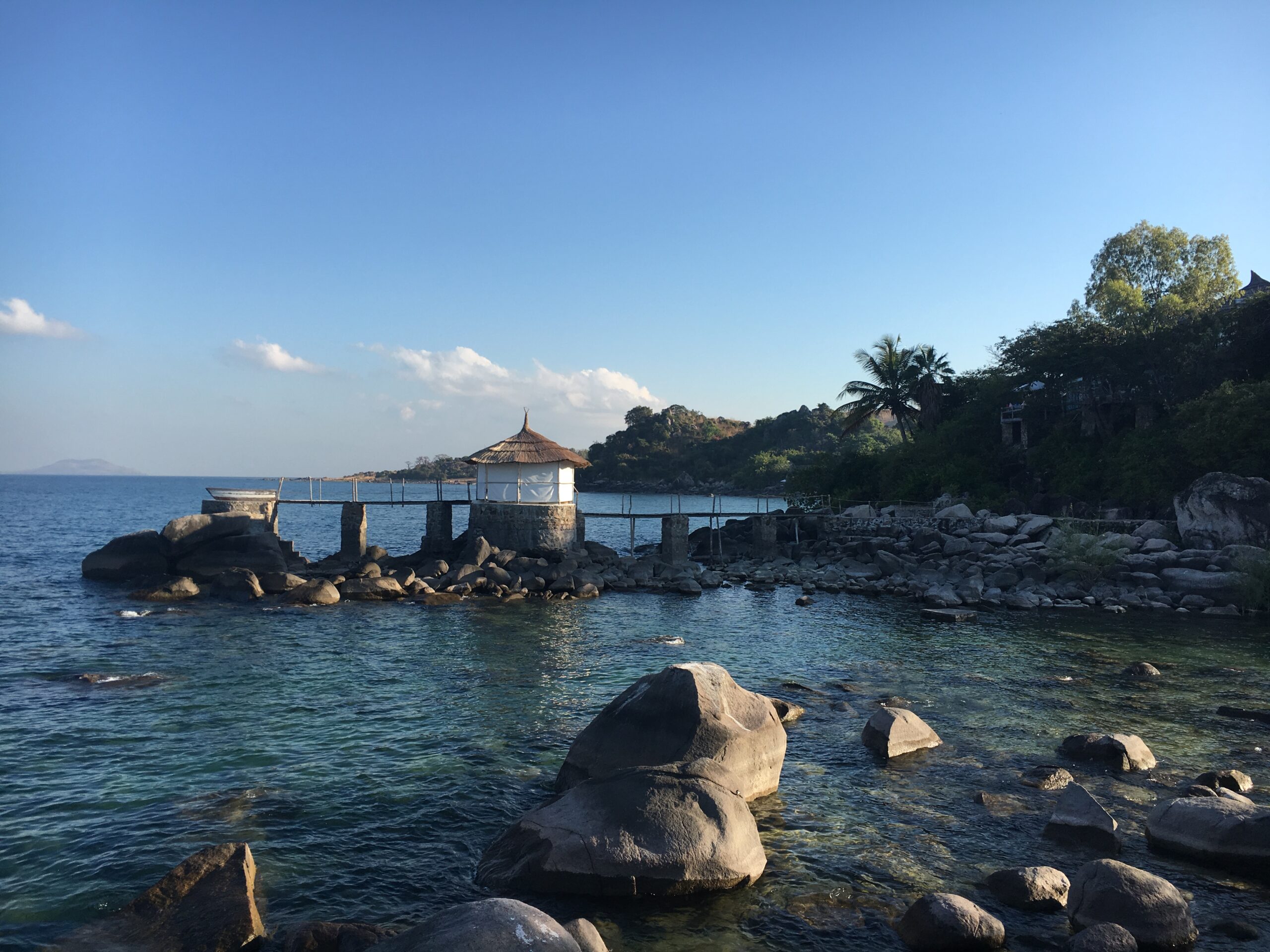 I visited the local village and textile workshop that specializes in home décor, beaded chandeliers and various adornments that you see in camps and lodges throughout Southern Africa. (Side note: The village cathedral is a must see.)

The deep, clear water was invigorating and refreshing. The scuba diving was a real highlight. The lake is the ninth largest lake in the world and home to more than 1,000 species of cichlids, bright, colorful and active fish. It’s like swimming in an aquarium. 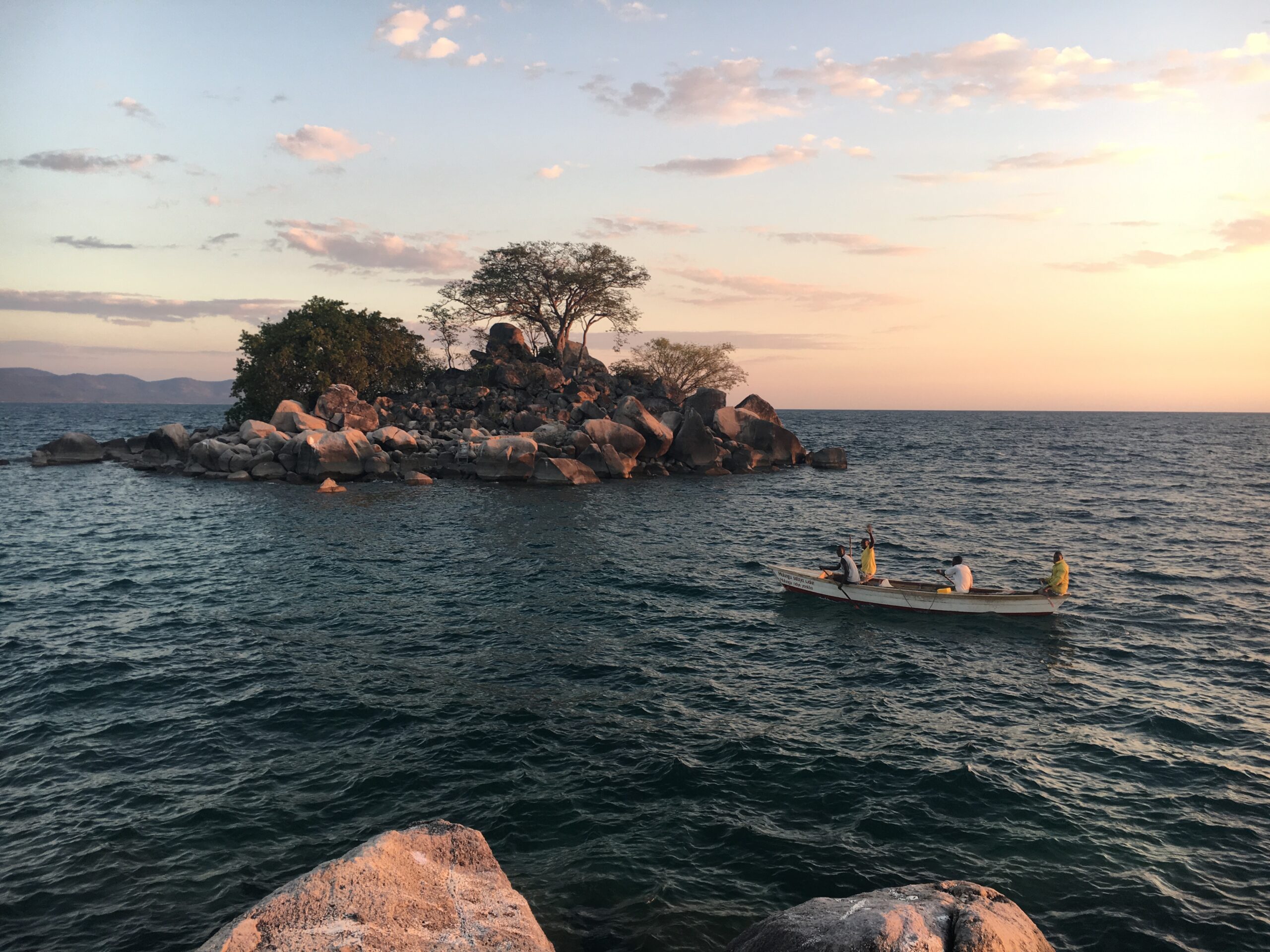 After twelve days of much needed “off the grid” escape, I returned home. Now, whenever I’m feeling stressed, I try to close my eyes and picture myself in Malawi and Zambia. Who knew going remote was so relaxing?