Namibia is home to approximately 25% of the world’s cheetah population of which 90% live on farmland. Namibia’s other large carnivores, namely, leopards, lions, wild 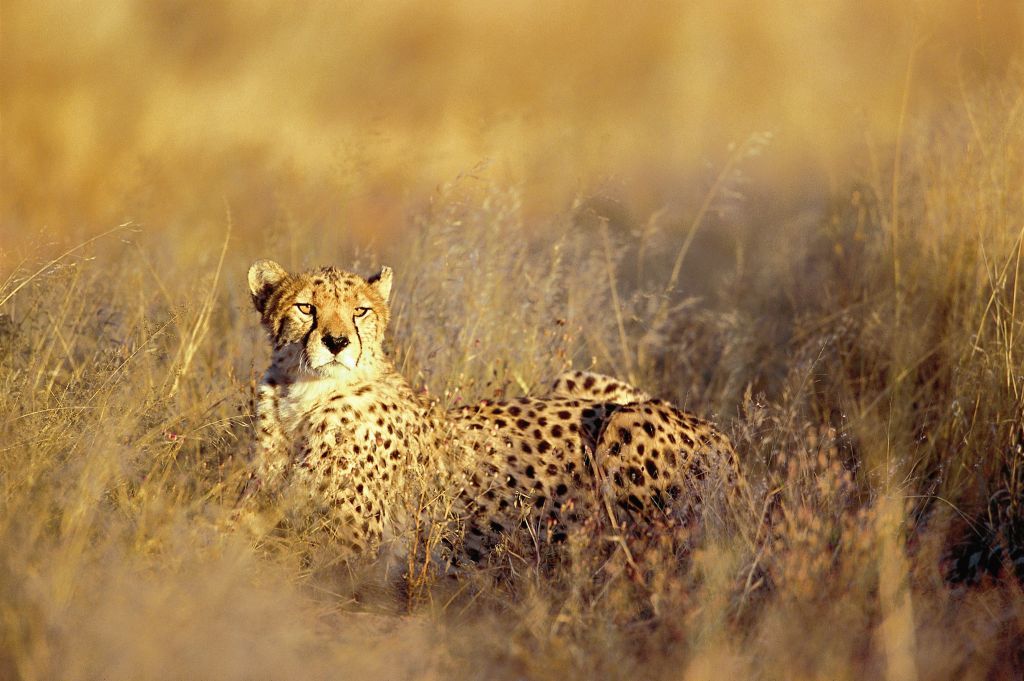 dogs and brown and spotted hyenas, are not believed to consist of such large percentages of the world’s population; however, they also reside on the unique farmland ecosystem. It is the inevitable conflict with humans on commercial and communal farmland that created the demand for the establishment of the AfriCat Foundation

About AfriCat: The AfriCat Foundation was founded in 1991 and officially registered as a non-profit organization in 1993. AfriCat runs the largest cheetah and leopard rescue-and-release programs in the world – in the last 18 years 1060 of these predators were rescued, with 85% of those eventually released back into the wild. AfriCat has grown significantly since its inception and has over the years identified the need to include a focus on education, community support, research and rehabilitation as being essential to accomplishing their mission – the long-term conservation of Namibia’s large carnivores. (May 2012 Update: On May 11th AfriCat was named as Safari Awards finalist in the “Best Charity/Organization Operating in Africa” category).

Although AfriCat is active throughout Namibia, the organization operates from two locations – one on Okonjima Nature Reserve in central Namibia, near the town of Otjiwarongo. Okonjima is situated halfway between Windhoek, Namibia’s capital city, and Etosha National Park. The second, known as AfriCat North, from Kaross farm, bordering Etosha National Park.

Okonjima, hosts various accommodation facilities: the grand African Villa, the select private Bush Suite, the luxury Bush Camp, Main Camp and the exclusive Omboroko Campsite. Depending on your length of stay at Okonjima, you will have the opportunity to observe some of AfriCat’s programmes. Activities include tracking rehabilitated cheetahs and spotted hyaenas on foot, visiting the AfriCat Welfare Programme and tracking leopards from a game-viewing vehicle. Also on offer are self-guided nature walks

and a guided Bushman Trail, where guests can experience a ‘day in the life of the San’.

If you are traveling on to Etosha National Park we recommend Onguma Tented Camp, Andersson’s Camp or Mushara Lodge

Day Visits to AfriCat: From August 1, 2012, the AfriCat Foundation at Okonjima Nature Reserve will begin accepting day visitors. This is in part due to the high level of interest from self-drive tourists traveling between Windhoek and Etosha. The center is a scenic 25 minute drive off the main B1 tar road. Day visitors will be able to observe some of the foundations work and learn about Namibia’s big cats. Children are very welcome and a light packed-lunch will be available for those who give prior notice. The activity lasts an hour and a half at the AfriCat Centre which is open between 10h00 and 14h30. This new AfriCat experience makes use of the AfriCat facilities at a time when guests at Okonjima are elsewhere. Visits cost USD$45 (N$350) for adults and USD$35 (N$250) for children under 12.