Every year the plains of East Africa are home to one of the world’s greatest wildlife spectacles, the migration of 1.4 million wildebeest and hundreds of thousands of zebra and gazelle, tracked by Africa’s great predators. The wildebeest migration is often described as a set circuit that occurs between Tanzania’s Serengeti plains in the south and Kenya’s Maasai Mara in the north between May and December each year, but the reality of the migration is much more complex.

World-class safari guide Richard Knocker put it best when he said, “the Migration is not a continuously forward motion. They go forward, backwards, and to the sides, they mill around, they split up, they join forces again, they walk in a line, they spread out, or they hang around together. You can never predict with certainty where they will be; the best you can do is suggest likely timing based on past experience, but you can never guarantee the Migration one hundred percent.”

Given this complexity, we have some area and property recommendations that will give you a great chance of seeing the wildebeest migration. These recommendations reflect where wildebeest tend to be at a given time of year, and although they are based on years of experience, they are still estimates. At the most basic level, the migration is driven by the rain and the new grass that follows it, and nature doesn’t always stick to our calendar!

When and Where to Stay

January, February to mid-March: The wildebeest are calving in the southern Serengeti.

End of March and April: The wildebeest migration moves into the central Serengeti (this is the rainiest time of year). They are often in splinter groups.

May and June: The wildebeest move into the central and western Serengeti, including the Western Corridor and Grumeti Reserve.

Mid-July through September: The wildebeest migration moves into the Maasai Mara in Kenya. Typically, the herds will be crossing back and forth between Tanzania and Kenya, and epic river crossings can be seen if you have a bit of luck!

October and November: The migration starts to work its way back to Tanzania, but there will still be plenty to see in the southeastern Maasai Mara in Kenya and in the Northern Serengeti. 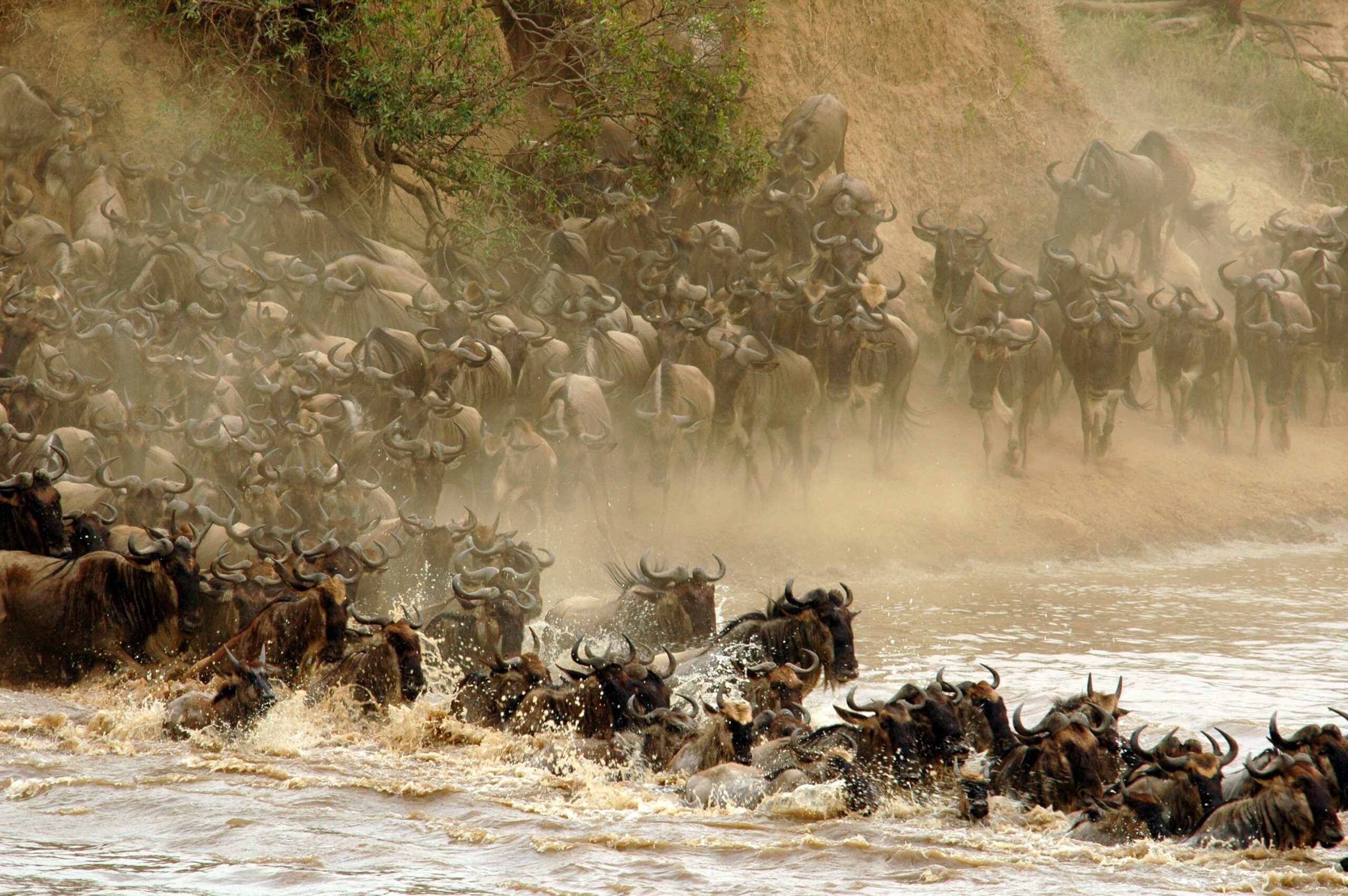