Every year the plains of East Africa are home to one of the world’s greatest wildlife spectacles, the migration of 1.4 million wildebeest and hundreds of thousands zebra and gazelle, tracked by Africa’s great predators. The migration is often described as a set circuit that occurs between Tanzania’s Serengeti plains in the south and Kenya’s Maasai Mara in the north between May and December each year but the reality of the migration is much more complex.

To help explain it we turned to Richard Knocker. Richard is one of Nomad Tanzania’s best private guides, an expert in the migration and offers a great description of the complexity of this incredible natural phenomenon and the challenge of being in the right place at the right time to see it. 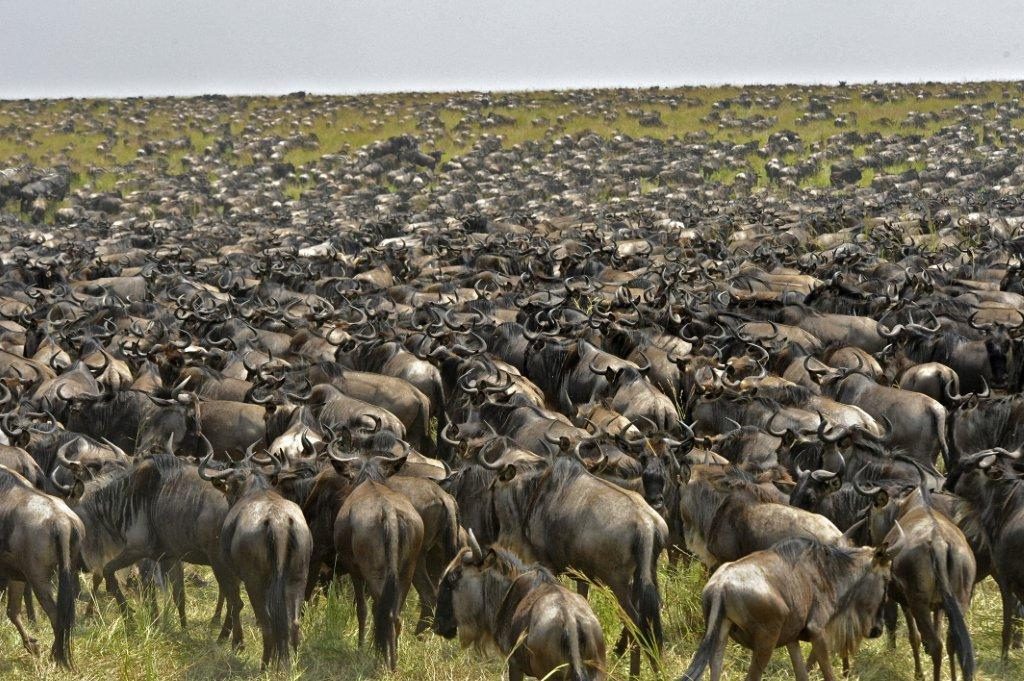 Here is Richard’s explanation (our favorite cheat sheet) in its entirety!

“The Migration is truly one of the wonders of the animal world; a million and more animals playing out their lives in the Serengeti eco-system, watched all the way by lions, hyenas and crocodiles looking for a cheap dinner. So, what is the best time and where is the best place to catch this spectacle?

Disregard any pretty map you may have been shown that has a nice flow of animals going around in an annual circle. The Migration does not work like this. It is driven entirely by standing water and grazing, and created by local weather conditions. The wildebeest want to be in the short grass plains of the southern Serengeti (Ndutu/Gol/Southern Loliondo), but the water and grazing cannot support them all year around. This is where they choose to give birth to their young (usually February to March), with the rich grass to support them. Within a relatively short space of time, perhaps 4 – 6 weeks, several hundred thousand calves will be born and this is where we see much of the dramatic predator action. The Migration will then move off in search of sustenance in response to periods of dry weather, but they will leave this area as late as possible and come back as soon as they can. This means that every year is different, and, in fact, every week can be different. 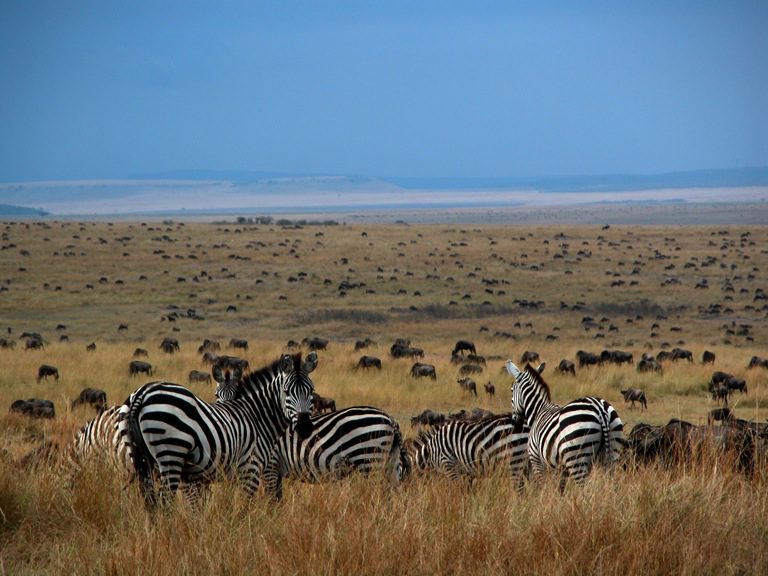 The Migration is not a continuously forward motion. They go forward, backwards, and to the sides, they mill around, they split up, they join forces again, they walk in a line, the spread out, or they hang around together. You can never predict with certainty where they will be; the best you can do is suggest likely timing based on past experience, but you can never guarantee the Migration one hundred percent.

So, soon after the short rains start we would expect them to be in, or close to, the short grass plains area (centered around Naabi/Ndutu/Gol) from December through to April. Depending on the local rainfall they might be anywhere from the Moru Kopjes to the slopes of the Ngorongoro Crater.

From May, the rains stop and the herds gradually start moving; generally as the plains of the south and east dry out, there is a movement to the north and west, where there is more grass and more dependable water. Not all the wildebeest and zebra will follow the same route however, and this means that, whilst parts of the Migration will head to the Western Corridor and the Grumeti River before proceeding north, significant numbers may also go up through the Loliondo area or via Seronera and Lobo.

In a dry year, the first wildebeest could be near the Mara River (the only decent permanent water in the eco-system) in early July; in a wet year, by mid-August. If conditions are very good, i.e. there is plenty of grass and water, the herds will be spread out all the way from Seronera to the Mara River.

The Migration as a whole need not all pass into Kenya, and many stay behind or cross and re-cross the border areas. This carries on until October/November when they will start thinking of heading back. Again this will be dependent on the rains. The river crossings can happen at any point during this time of year, but they are elusive, rapid and unforgettable experiences. The areas that the wildebeest cover are vast, even when crossed in a 4WD vehicle. The groups may be split over a wide area and finding one on the brink of crossing is not a given. 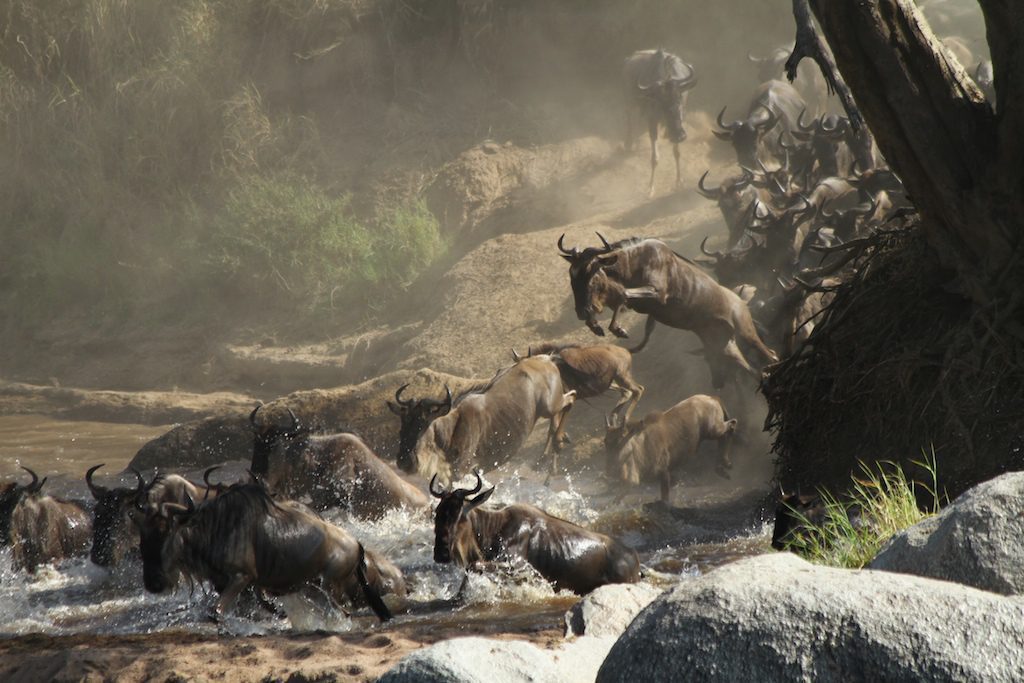 The wildebeest are also easily spooked by real or imagined threats. They fear crossing the river, as they have an inkling that something lurks there. Patient waiting near a herd may only produce a puff of dust as they turn on their heels and run away. Or maybe the herd is just not ready to cross the river, and they are milling around contentedly. But, if everything is right then there is utter and extraordinary chaos as the herds struggle to get to the other side of a major river filled with crocodiles.” 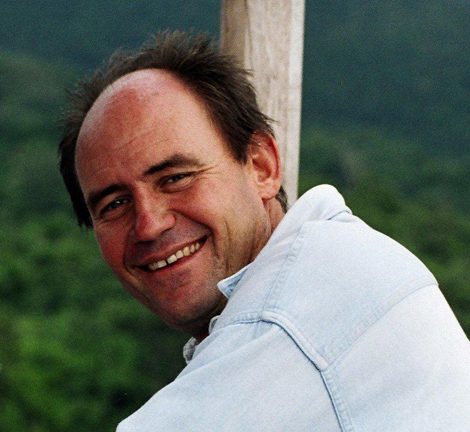 Here are our recommendaions of where you should stay to try catch the migration at different times of year.